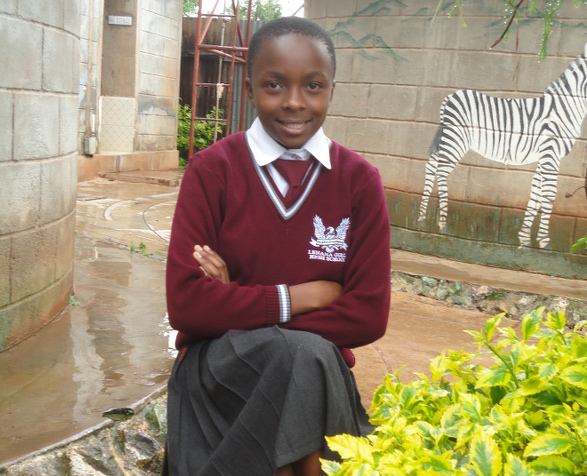 Over the past two years, Favour Wambui has written several essays, a bold poem on Africa’s identity, and a heartfelt Thank You letter to Lift the Lid. We are extremely happy to announce that she is the First Place winner of the Lenana Girls High School Third Annual Writing Competition sponsored by Lift the Lid. Congratulations, Favour!

This year, the students at Lenana were asked to write about a woman they consider their role model. We had many entrants and narrowed the judging down to 12 finalists, all of whom wrote compelling essays on the woman who most influences their drive to succeed. Favour chose Wangari Maathai, the first African woman to be awarded the Nobel Peace Prize. Wangari passed away in 2011, but is remembered for her work planting trees to improve the environment.

Favour writes in her winning essay, “I still think of [Wangari] and my dream is to work hard to be among the members of parliament and be assertive as she was. I want to be a woman of dignity and a no nonsense lady, just as [Wangari] was.”

You can read Favour’s entire essay below. We are very proud of her!