Skip to content
I Play the Drums, by Stephano

I Play the Drums, by Stephano 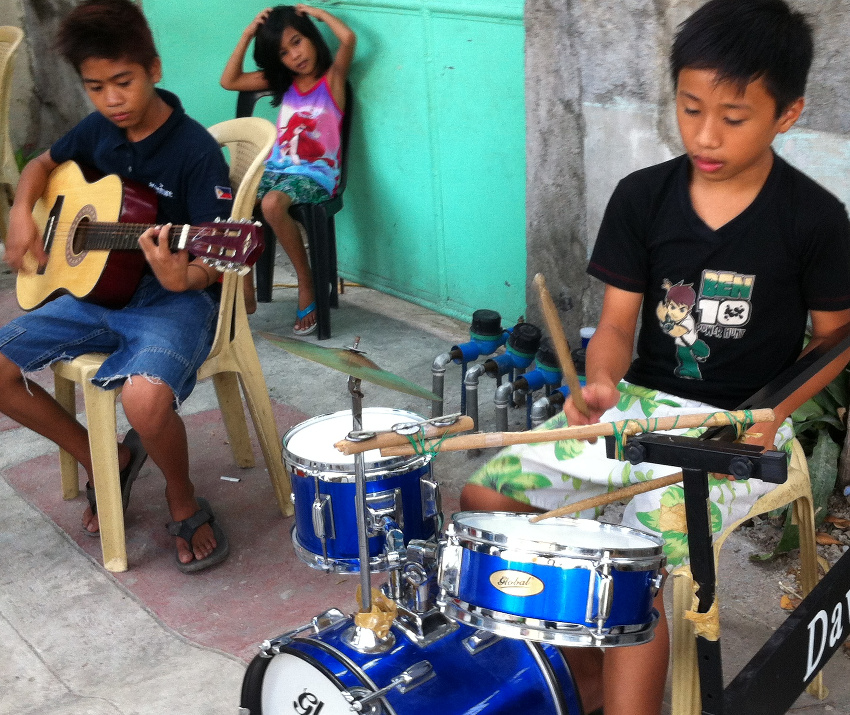 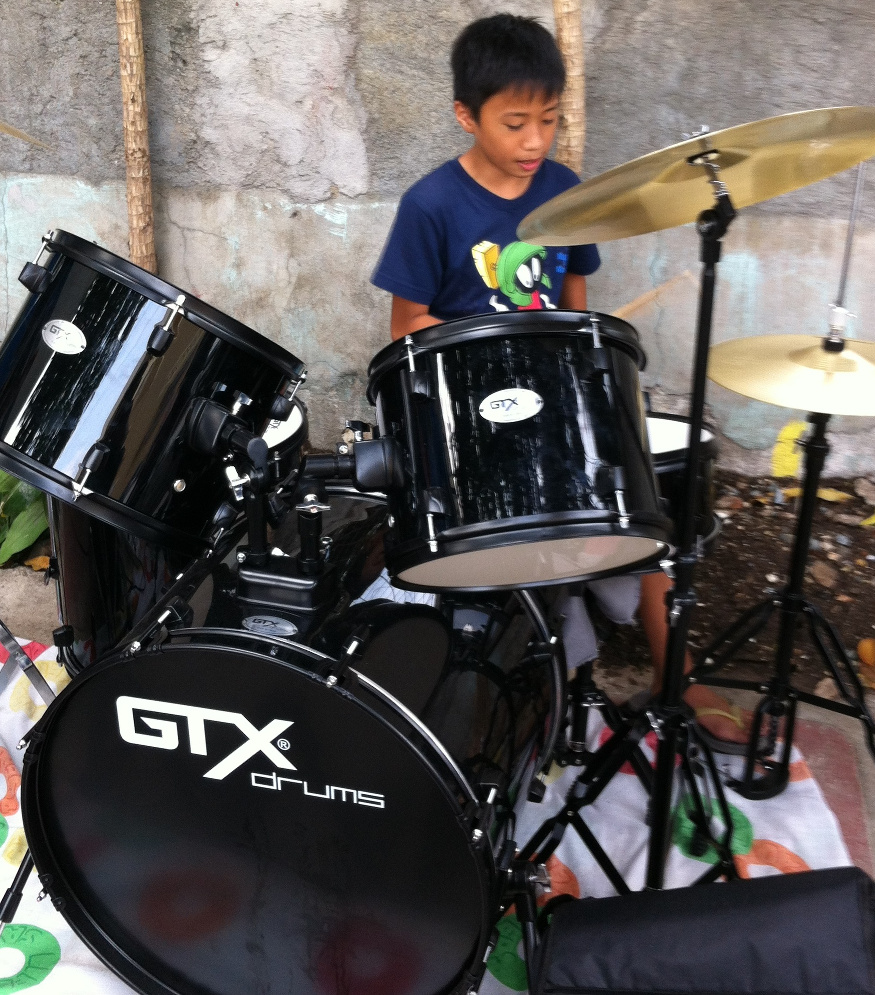 Thank you to our anonymous donors who have given generously to make the dream of playing instruments a reality for the children at The School in a Cart. We kicked off the program at the start of 2015 with a drum set, a keyboard, and four guitars, and by the spring of that same year, the children were performing for local schools and churches. Of course, everyone was eager to play the instruments and participate in the choir, but they were also happy to write about their experiences learning to play!

Here is what Stephano wrote (see his original essay in Tagalog, plus his drawing):

We were invited to play at Pastor Francis Nicolas’ Church at San Juan. I alternated with Dave beating the drums. He played for the song, “Salvation Poem,” while I did, “One Way!” That was in San Juan.

Sunday next we were at the Lord’s Church, The Church where Sir Iddo (Alfredo) attends. We now have 3 songs in our repertoire with one song added, “Salamat, Salamat!” (“Thank you, Thank you!”) We will have a mini-concert in San Juan at Grain, New Wine and Oil Ministries on 12 June 2015.

This is all, thank you!” 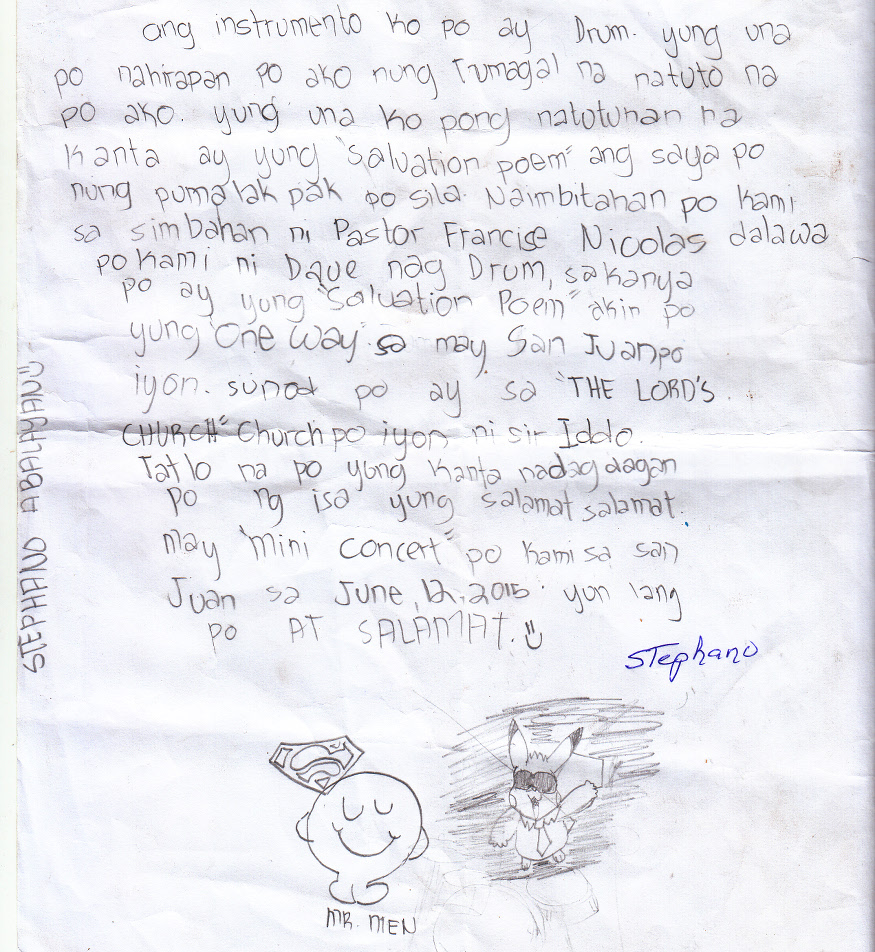