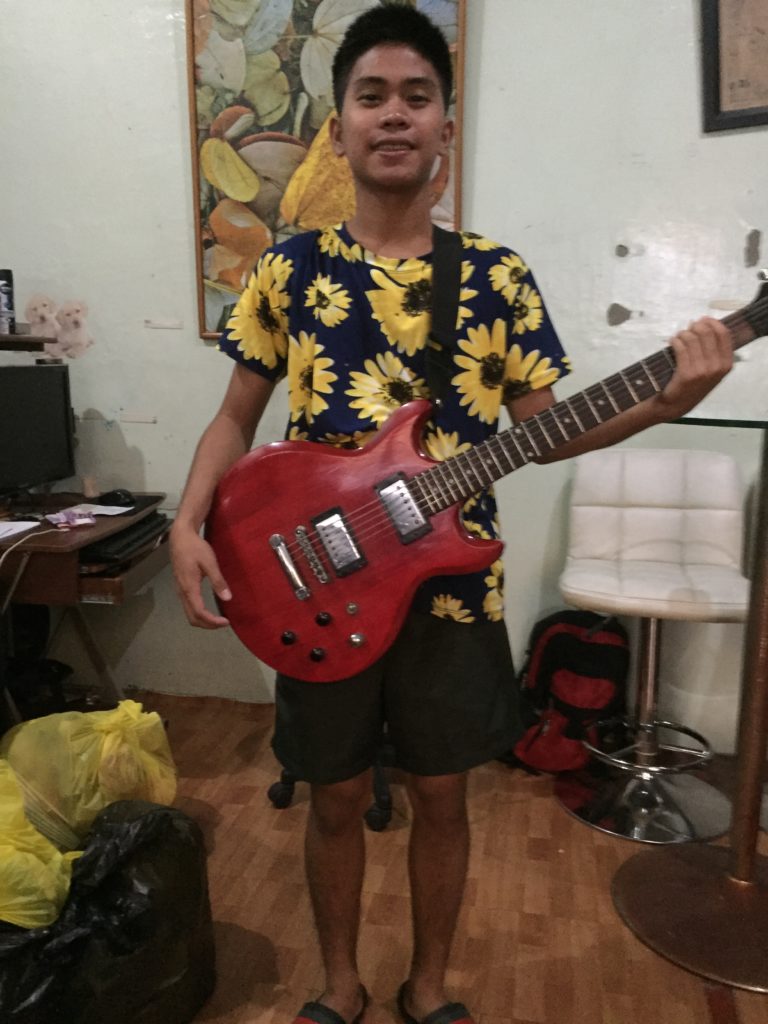 Richard Jay (RJ) came to the School in a Cart from a depressed district near our location. He joined without hesitation when he learned that we offered daily meals, a place to shower, clothes, shoes and school supplies, not to mention enthusiastic moral and emotional support and the opportunity to play in a band. He was the oldest in the group and immediately was looked upon as a leader. He has good sense.

RJ graduated from junior high in 2017 and was ready to start senior high the following year when his parents pressured him to drop out in order to find work or beg to bring in some money. He is the eldest of nine siblings. Not only did he lose the stability of school, he could no longer participate in the band since only those who attend school are permitted to play. (The band was established as an incentive for the children to stay in school.)

RJ soon realized that he could be of better help if he finished high school and possibly college. He came back to the Center after being away for almost a year and reenrolled in school under the sponsorship of our Education Program. He also resumed his part in the band as the bass guitarist and was named Assistant Leader. He is now more determined than ever to finish school, and he serves as an example to the younger children who become discouraged. We are so proud of him. His return is an answer to prayers!

Here are photos of RJ over the years as we’ve watched him grow and mature. Also included is his essay on Christmas 2018, which shows what he values most in life. 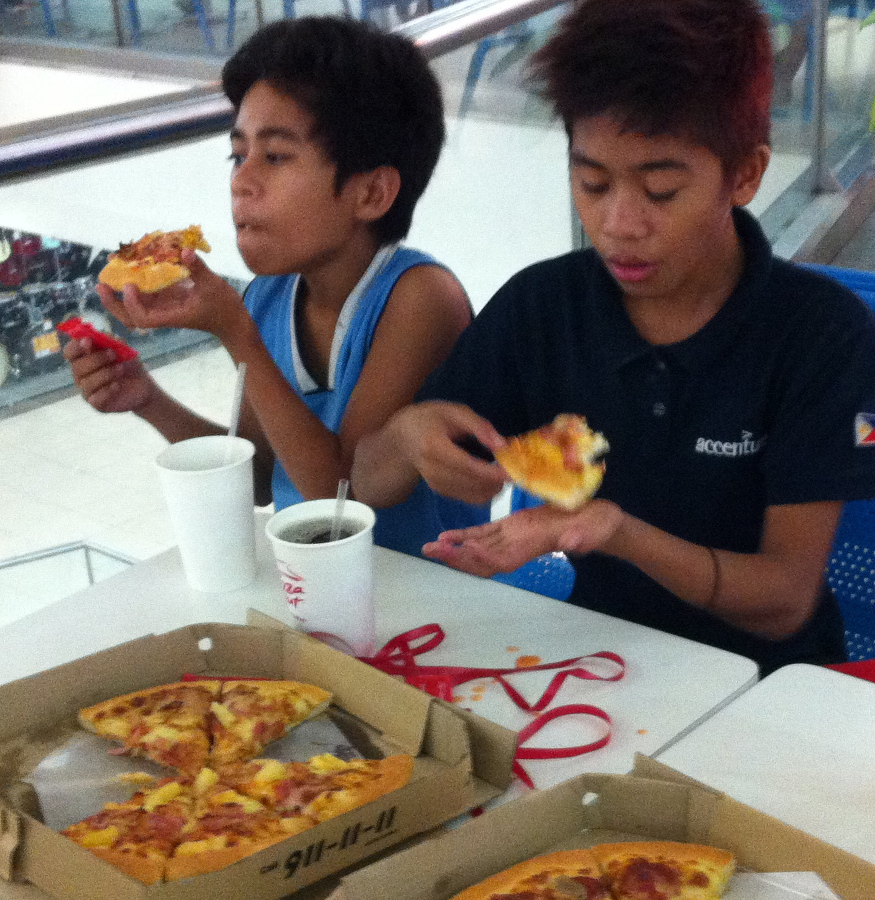 This is the translation of RJ’s essay from Tagalog and his original essay:

“Many things have already happened before our preparation for the Christmas parties at the Center. If I remember right, we had four Christmas parties! We (band members) were happy to play for all those parties. We had games and we received a few Christmas gifts. Even if it was not yet Christmas, for us at the Center it was already Christmas and we were happy. My family prepared a simple meal for the New Year but, nonetheless, we were happy. From our rooftop we watched the fireworks display. We were together and that was enough.” 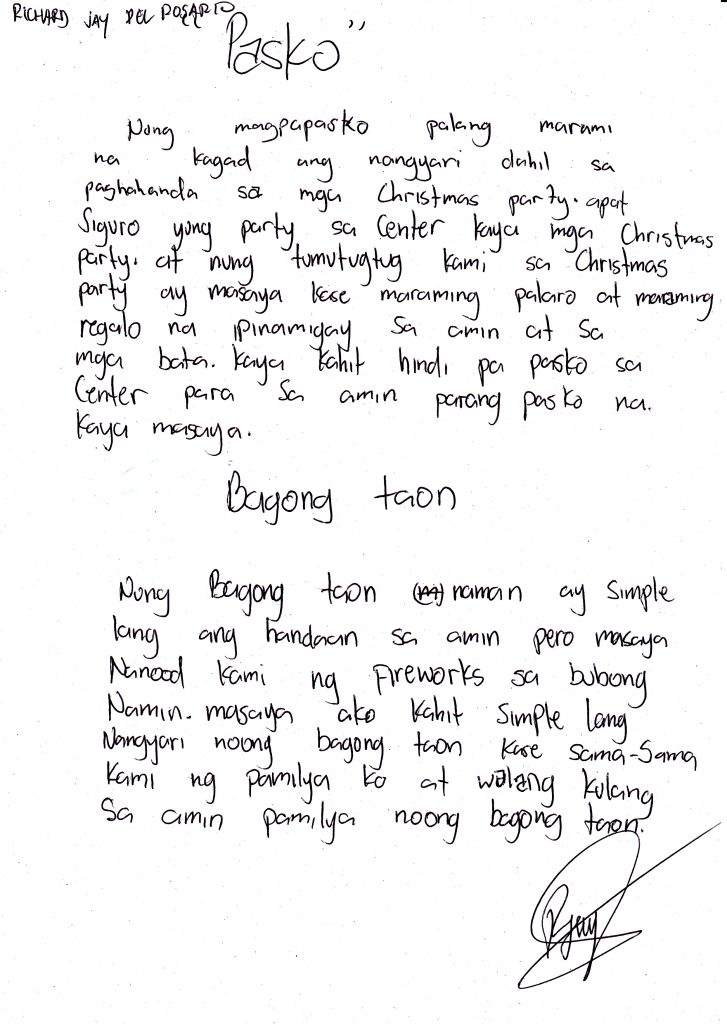