Jordon, pictured above, writes about the anger and frustration he felt toward his parents when they encouraged him to leave school to beg on the jeepneys (city buses). He gave up his dreams and stopped caring about his future. That was 2012. This year, feeling restless and lost, he returned to the neighborhood and found his parents living on the streets. He wants to attend school. He wants to help his parents. He wants to become a computer engineer. We’ll encouraging him in every way that we can, including cover his school fees. Now he’s a role model for his siblings. We all have hope.

We’re sharing his essay with an anonymous donor. The translation and his original handwritten work is below, including another photo. There’s no better show of gratitude we could offer. Please keep Jordan and all the children of The School in a Cart in your prayers.

“I am Jordan, 14 years old. I stopped schooling after completing my 6th grade at the 15th Avenue Elementary School. I graduated from 6th grade.
I stopped going to school because of poverty. I was about to start school but did not have funds to pay for the school fees. My parents asked me to jump into jeepneys to beg (mail envelops are distributed where loose coins are placed), so I would have funds for the fees. I did so but unfortunately my parents did not do anything to help. This was my frustration thus I ran and stayed away from home, did not show myself to them for quite a while.
Angry, I thought to myself why was this so. I was uneasy then. I decided to come back home. I found my parents back in their push cart.
This was the reason why in 2012 I stopped schooling although I was enrolled then at (Juan) Sumulong (High School).
What I now did, 2016, was resumed my studies. I will waste no time and endeavor to continue so I could help my parents later. I also want my dream to be fulfilled and work later as Computer Engineer.” 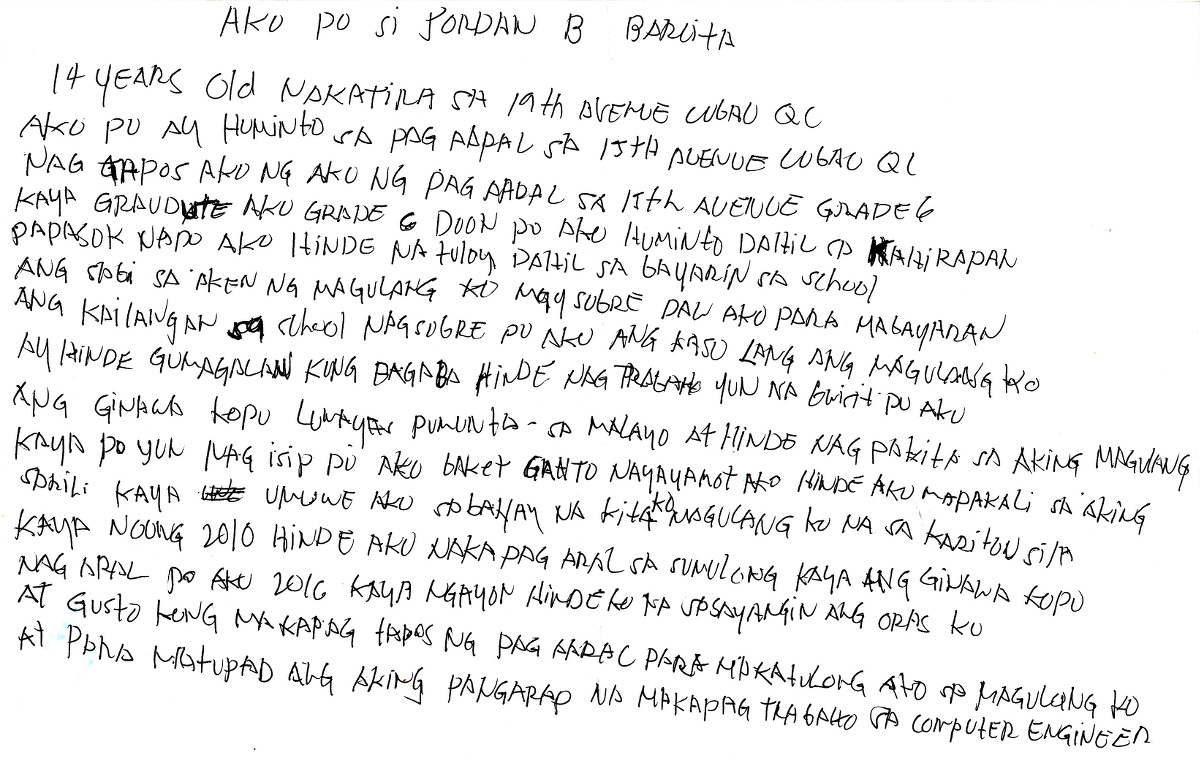 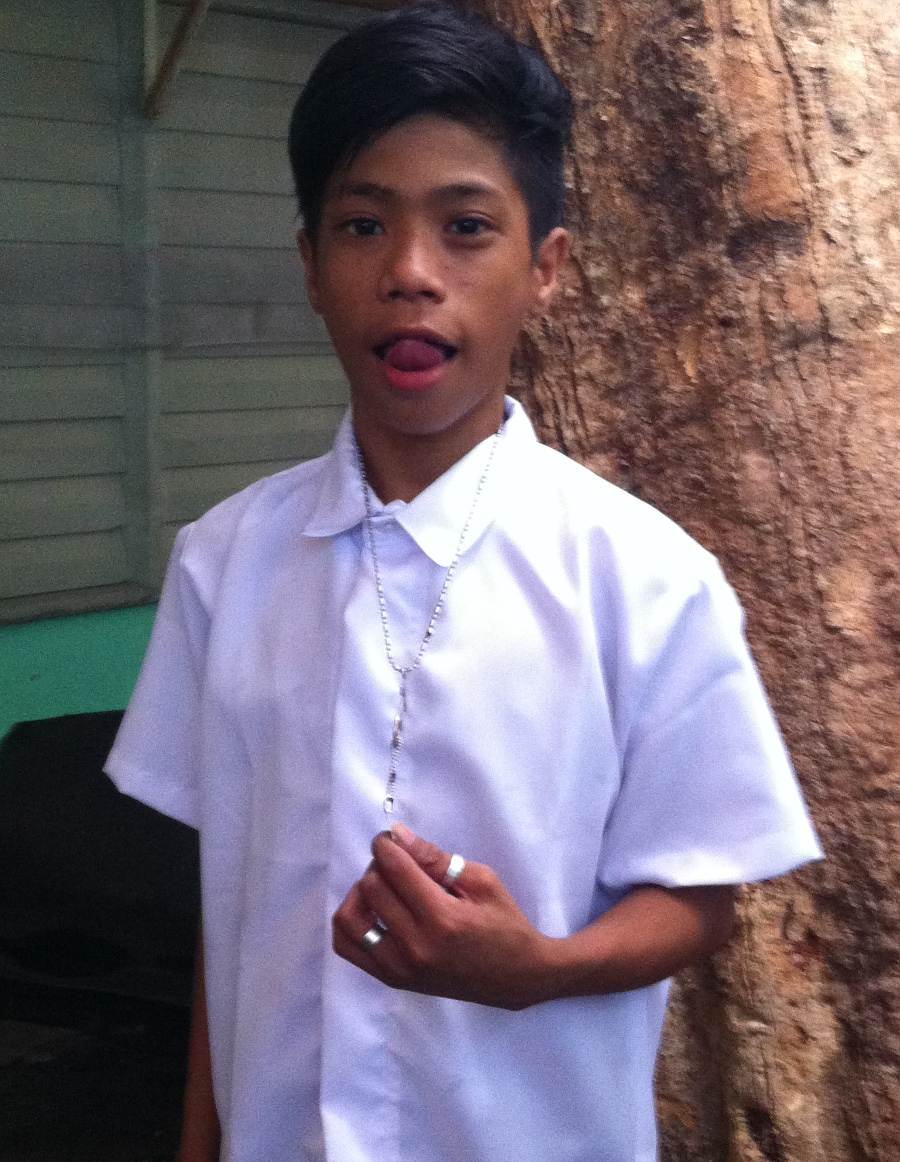