A Girl’s Education, by Dalphrone 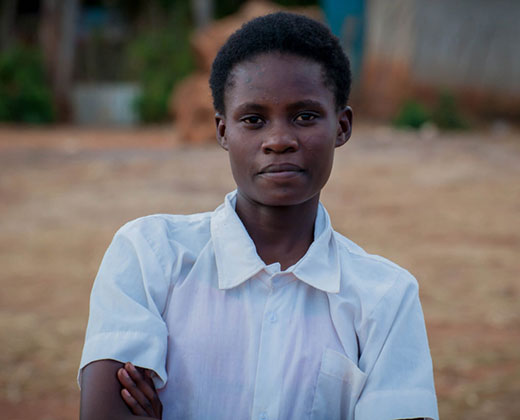 Dalphone was born into a polygamous family, the first child. Upon her birth, her first gasp for air, social norms declared her unworthy of respect, even unlucky, because she wasn’t a he. Before she could learn to walk, she learned rejection from her community and extended family.

Dalphone’s parents, however, accepted her and allowed her to attend the local public school. Dalphone walked a long distance to and from her primary school, poorly dressed, poorly fed, and through the bush, where the threat of encountering wild animals was real. She writes in her essay that she’d rather be eaten then not go to school, and if she was meant to go to school then she wouldn’t be eaten. This faith gave her the courage to keep walking.

Dalphone worked hard in primary school, earning admittance into Lenana Girls’ High School in Kitale, Kenya, where she stays as a boarder, away from hurtful stigmas. She’s in her third year at Lenana and hopes to become a journalist.

We’re grateful for the opportunity to publish Dalphone’s essay, which earned an Honorable Mention in her school’s 2016 Annual Writing Competition, sponsored by Lift the Lid. Thank you, Caroline, for your ongoing support of our schools. Your recent donation has provided prep books in English and Kiswahili for the 2018 National Exam. 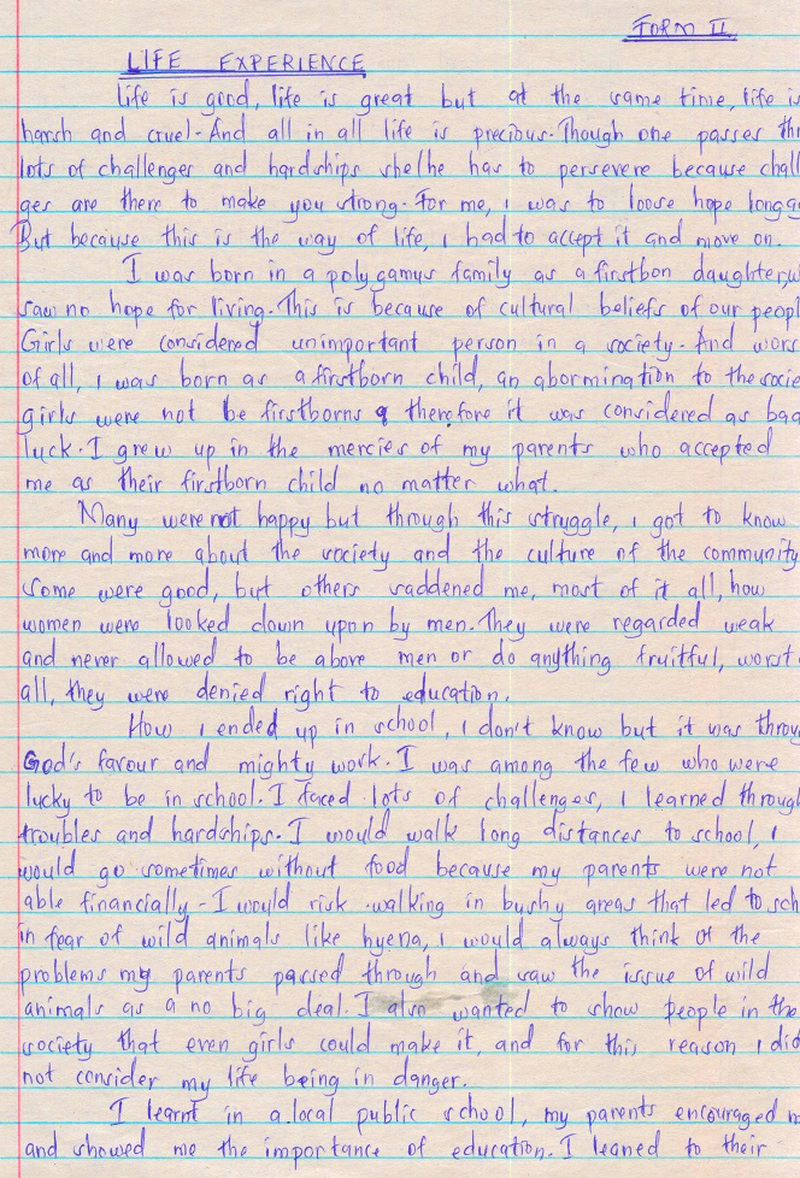