Skip to content
My Happiest Day, by Steven Mark

My Happiest Day, by Steven Mark 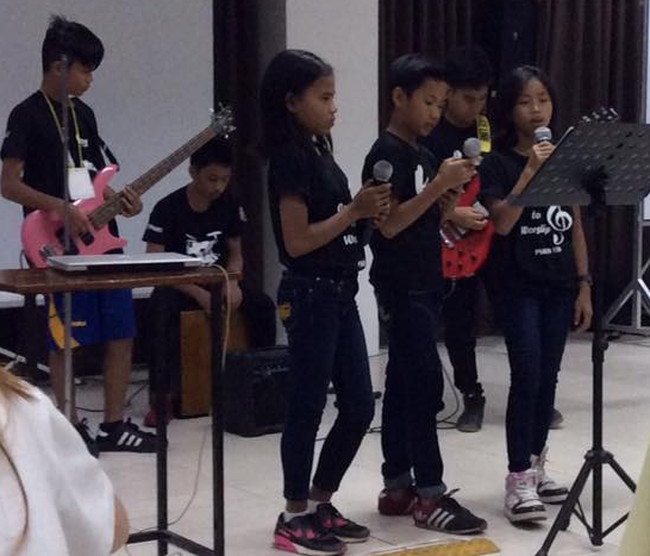 Steven Mark on vocals between Daniella and Carla.

We have been working with The School in a Cart in Cubao, the Philippines since 2011, raising money for and partnering with the students to give them a healthy life, a good education, spiritual awareness, and happiness. On Happiness, the children have enjoyed many holiday and school graduation parties, but when they write about their best days, they describe the hard work they’ve put into the band we formed in 2014, The Push Cart Children’s Band. They’ve written about their fear of learning new instruments, about the times they had failed to get the notes right, the countless hours they’ve spent practicing, and their insecurities performing in front of crowds.

Then they write about the applause and seeing family members watching and smiling from the audience. They write about feeling more proud than they ever thought possible. You can feel the emotion in Steven’s essay (below), as he describes in detail the first time they played at a popular shopping mall.

Recently, The Band played for a local church retreat. The children were invited to spend the night and partake in the fun, swimming in the hotel pool and sleeping in a proper bed! Many of them live with their families on the streets. These luxuries are a big deal and will hopefully inspire them to stay on track with their education. 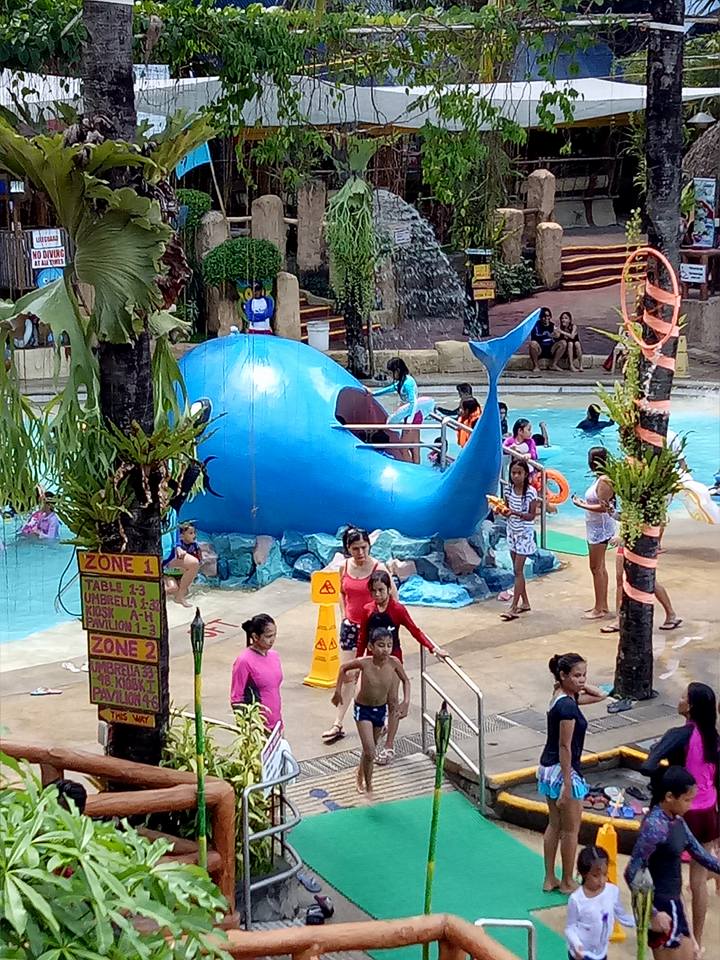 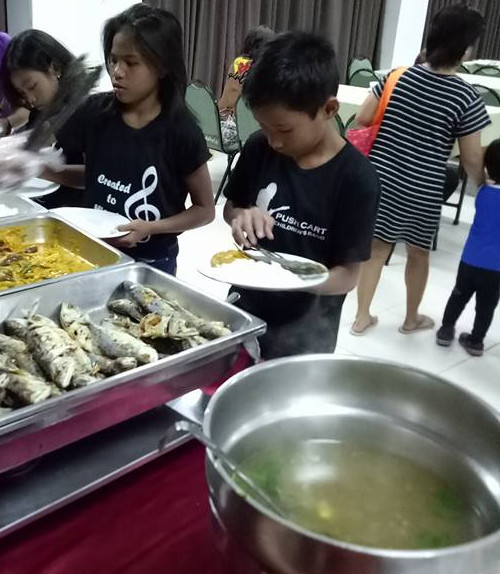 We can provide and encourage and reward the children of The School in a Cart with happy days, but it is up to them to do the hard work, to overcome their fears and insecurities, and to step out on stage or show up for the exam when it really counts.

Speaking for Lift the Lid and the many donors who drive us forward, our happiness comes from each and every one of our students, from every small step of achievement they take and all the words they proudly brave writing for us. It’s amazing how much they are capable of giving!

Here is Steven’s essay translated from Tagalog. His original writing follows the translation.

Hi, I am Steven Mark (Macmac),

When I joined the band, I did not how to play the guitar or the drums but when Sir (Nonie) heard my voice, I finally was in. I was happy practicing singing. Our practice became frequent. We sung at Churches, at The Lord’s Church.

When Sir Iddo told us that we would play at Ali Mall, we had to practice ridgidly. On Sept 22, came the event we have been waiting for. Before we went to Ali Mall, we had another round of practice. Exactly at 5 PM we started playing. I was shy at first but when I saw my parents and brother in the audience my being shy went away.

My voice was already hoarse when we sung the last song. After the performance we ate while our parents went home. That was one of the happiest days. 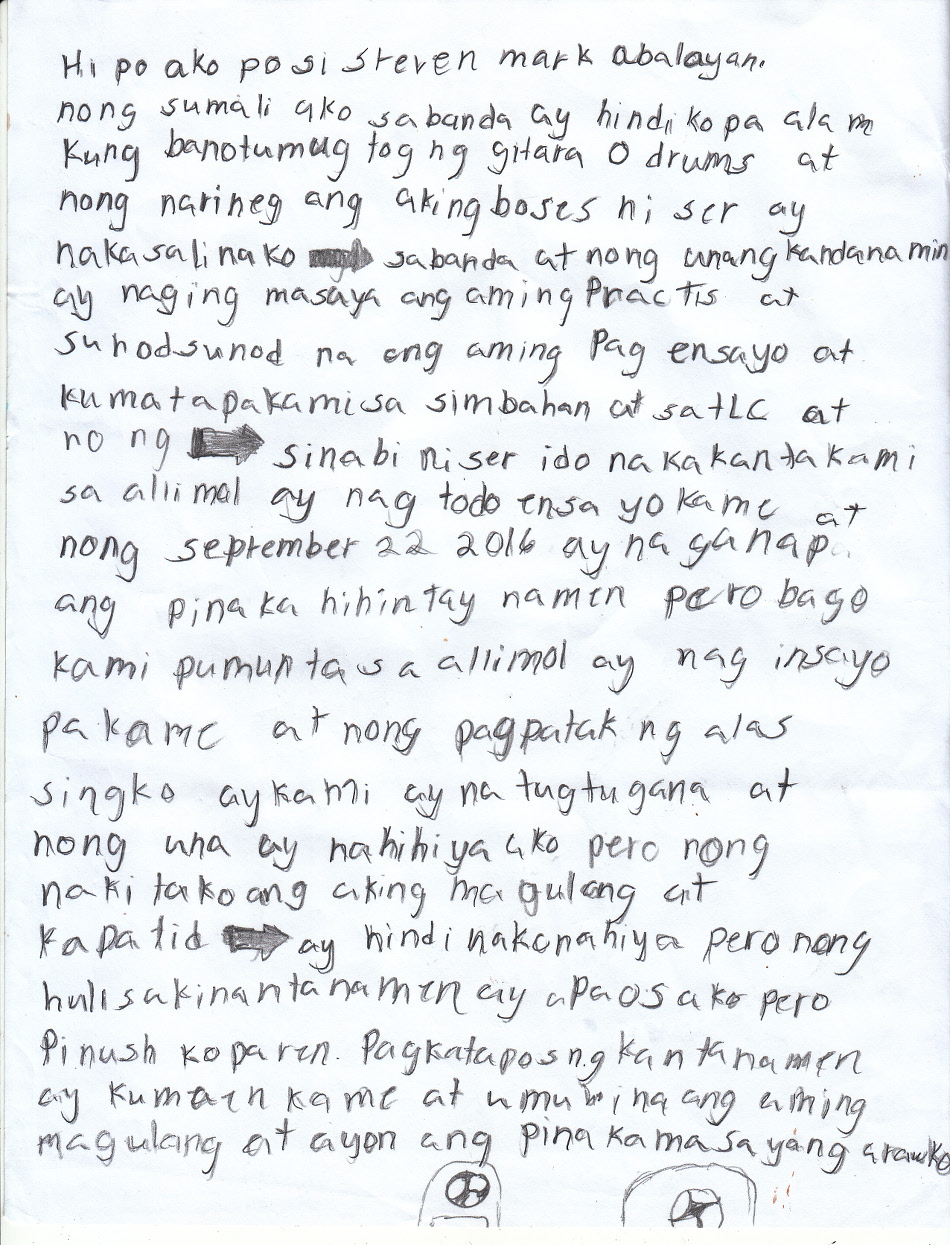