Skip to content
She Gave, by Jackson Saruni Nunu

She Gave, by Jackson Saruni Nunu 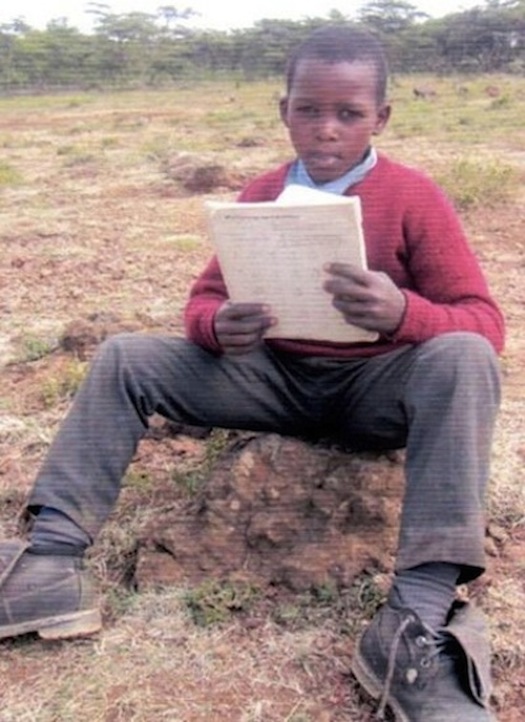 Thank you Cherry from New Jersey for your generous donation to Namelok Junior Academy. Kisamis in Kenya has been experiencing heavy rain and the children have been slow to return to school after vacation.

While the rain is good for the animals and crops, flooding has made travel difficult (even by foot) and some of the students have become ill. Ten-year-old Jackson Saruni Nunu, the second youngest of five siblings, has written a remarkably mature poem titled “She Gave.”  Anyone who has been in education is sure to be moved by Jackson’s forthright tribute teachers. 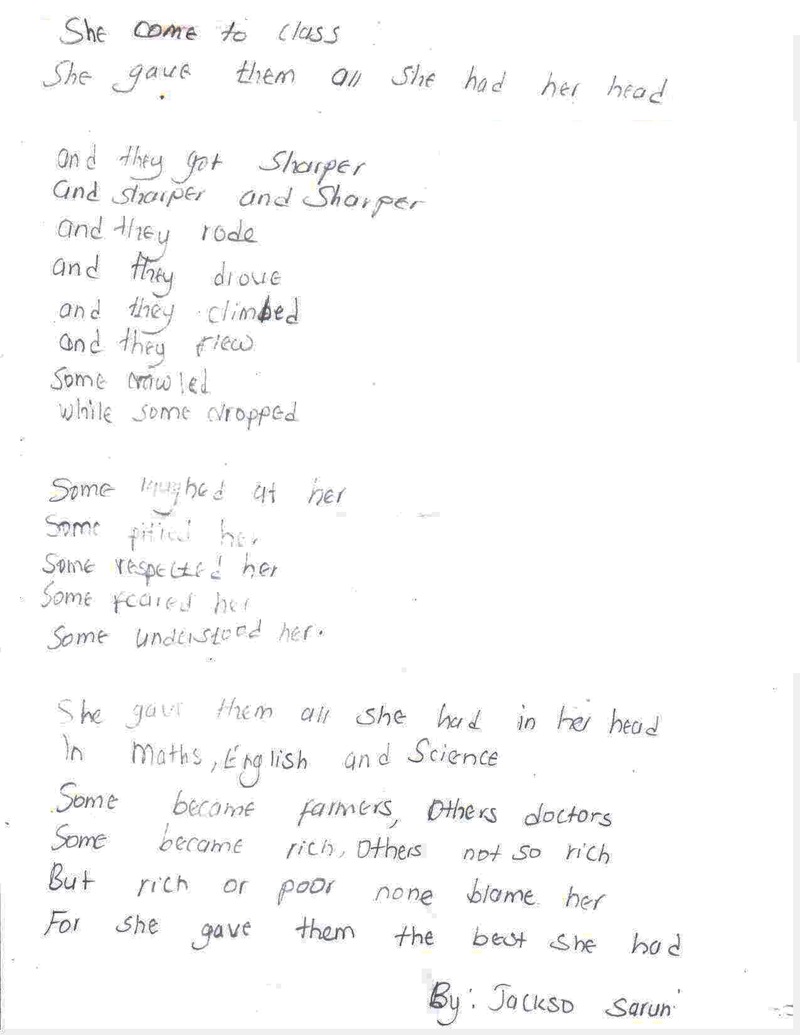